Explore the Layers of a Tree 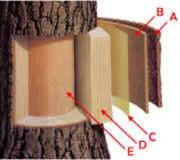 Hardwood lumber is produced mostly from deciduous trees—those which drop their leaves each year—in contrast to the coniferous or evergreen species from which our softwoods are produced.

The difference between the two is less about the hardness and density of the wood and more about the cellular structure, so wood that you might assume is a softwood isn’t necessarily so. Balsa is an example of a soft hardwood while Yew is an example of a hard softwood. 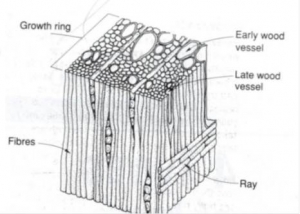 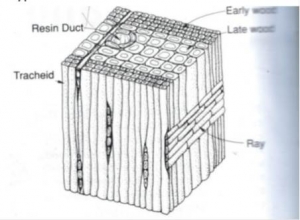